As Billy Bunny hopped up the steps of Uncle Lucky’s house, the old gentleman rabbit, who was lying in the hammock, as I told you in the last story, jumped up and said, “I’m glad to see you. Where have you been all this time?”

And then when he saw the beautiful ruby scarfpin in the little rabbit’s tie—the ruby pin which the King of the Windy Cave had given Billy Bunny, you remember—he said: “And where did you get that mag-nif-i-cent pin?”

And of course the little rabbit told the old gentleman rabbit all about it, and when he finished the story it was time for supper. So Uncle Lucky opened the screen door just a little so that the flies wouldn’t get in, and he and Billy Bunny squeezed through the crack and went into the dining room.

Well, after supper was over, they decided to go down to the village and see if there was a show at the Opera House that night. And sure enough there was, and the name of the play was “The Tortoise and the Hare.”

“That sounds interesting,” said Uncle Lucky and he bought two box seats for two carrot dollars, and he and his little nephew went inside.

“Mr. Hare is a first cousin,” he said to Billy Bunny as they sat down in the box and leaned over the railing to look at the people.

Well, pretty soon the music started and then the curtain went up and the play commenced. I suppose you all have read the fable—how the tortoise and the hare ran a race and the hare got so far ahead that he lay down to take a nap, but the slow old tortoise kept right on all the time, and when the hare woke up it was too late, for the tortoise had won the race.

Well, anyway, I’ve told you the story, but I haven’t told you what happened when the hare went to sleep. You see, he lay down near the box where Billy Bunny and kind Uncle Lucky were seated, and by and by, after he had been asleep for quite a long time, Uncle Lucky grew very nervous.

“My gracious!” he exclaimed to Billy Bunny, “if that silly cousin of ours does not wake up pretty soon he might as well sleep there all night, for the race will be won and the opera house closed up and we’ll be home in bed.”

And then Billy Bunny began to get very nervous, too, and he wiggled about in his seat and made funny little noises to wake up the hare. But the hare slept on, and I believe he even snored.

Well, sir, try as the two little rabbits might, they couldn’t wake him up, until, at last, Billy Bunny took the automobile horn, which he had brought in with him so that nobody could blow on it, and blew a dreadful loud blast.

And this woke up the hare and one of the ushers, who ran up to the box and begged Uncle Lucky not to let Billy Bunny blow on the horn again. “For,” said the usher, “it’s only a play and the hare mustn’t wake up until the tortoise wins the race.”

And he and Billy Bunny hopped out of the Opera House and went home. 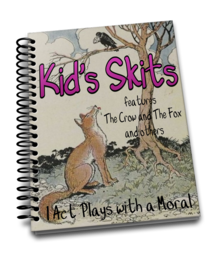