Uncle Wiggily in the Woods

UNCLE WIGGILY AND THE SYCAMORE TREE

"Oh, Uncle Wiggily, I'm going to a party! I'm going to a party!" cried Nannie Wagtail, the little goat girl, as she pranced up in front of the hollow stump bungalow where Mr. Longears, the rabbit gentleman, lived with Nurse Jane Fuzzy Wuzzy, the muskrat lady housekeeper.

"Going to a party? Say, that's just fine!" said the bunny gentleman. "I wish I were going to one."

"Why, you can come, too!" cried Nannie. "Jillie Longtail, the little mouse girl, is giving the party, and I know she will be glad to have you."

"Well, perhaps, I may stop in for a little while," said Mr. Longears, with a smile that made his pink nose twinkle like the frosting on a sponge cake. "But when is the party going to take place, Nannie?"

"Right away—I'm going there now; but I just stopped at your bungalow to show you my new shoes that Uncle Butter, the circus poster goat, bought for me. Aren't they nice?" And she stuck out her feet.

"Indeed, they are!" cried Uncle Wiggily, as he looked at the shiny black shoes which went on over Nannie's hoofs. "So the party is to-day, is it?",

"Right now," said Nannie. "Come on, Uncle Wiggily. Walk along with me and go in! They'll all be glad to see you!"

"Oh, but my dear child!" cried the bunny gentleman. "I haven't shaved my whiskers, my ears need brushing, and I would have to do lots of things to make myself look nice and ready for a party!"

"Oh, dear!" bleated Nannie Wagtail. "I did so want you to come with me!"

"Well, I'll walk as far as the Longtail mouse home,"' said the bunny uncle, "but I won't go in.

"Oh, maybe you will when you get there!" And Nannie laughed, for she knew Uncle Wiggily always did whatever the animal children wanted him to do.

So the bunny uncle and Nannie started off through the woods together, Nannie looking down at her new shoes every now and then.

"I'm going to dance at the party, Uncle Wiggily!" she said.

"I should think you would, Nannie, with those nice new shoes," spoke Mr. Longears. "What dance are you going to do?"

"Oh, the four-step and the fish hornpipe, I guess," answered Nannie, and then she suddenly cried:

"What's the matter now?" asked Uncle Wiggily. "Did you lose one of your new shoes?"

"No, but I splashed some mud on it," the little goat girl said. "I stepped in a mud puddle."

"Never mind, I'll wipe it off with a bit of soft green moss," answered Uncle Wiggily; and he did. So Nannie's shoes were all clean again.

On and on went the rabbit gentleman and the little goat girl, and they talked of what games the animal children would play at the Longtail mouse party, and what good things they would eat, and all like that.

All of a sudden, as Nannie was jumping over another little puddle of water, she cried out again:

"No, Uncle Wiggily, but a lot of the buttons came off. I guess they don't fasten buttons on new shoes very tight."

"I guess they don't," Uncle Wiggily said. "But still you have enough buttons left to keep the shoes on your feet. I guess you will be all right."

So Nannie walked on a little farther, with Uncle Wiggily resting his rheumatism, now and then, on the red, white and blue striped barber pole crutch that Nurse Jane had gnawed for him out of a cornstalk.

All of a sudden Nannie cried out again:

"What is?" asked Uncle Wiggily.

"Now all the buttons have come off my shoes!" said the little goat girl, sadly. "I don't see how I can go on to the party and dance, with no buttons on my shoes. They'll be slipping off all the while."

"So they will," spoke Uncle Wiggily. "Shoes without buttons are like lollypops without sticks, you can't do anything with them."

"But what am I going to do?" asked Nannie, while tears came into her eyes and splashed up on her horns. "I do want so much to go to that party."

"And I want you to," said Uncle Wiggily. "Let me think a minute."

So he thought and thought, and then he looked off through the woods and he saw a queer tree not far away. It was a sycamore tree, with broad white patches on the smooth bark, and hanging down from the branches were lots of round balls, just like shoe buttons, only they were a sort of brown instead of black. The balls were the seeds of the tree.

"What is?" asked Nannie.

"That sycamore, or button-ball tree," answered the rabbit gentleman. "I can get you some new shoe buttons off that, Nannie, and sew them on your shoes."

"Oh, if you can, that will be just fine!" cried the little goat girl. "For when the buttons came off my new shoes they flew every which way—I mean the buttons did—and I couldn't find a single one."

"Never mind," Uncle Wiggily kindly said. "I'll sew on some of the buttons from the sycamore tree, and everything will be all right."

With a thorn for a needle, and some long grasses for thread, Uncle Wiggily soon sewed the buttons from the sycamore, or button-ball, tree on Nannie's new shoes, using the very smallest ones, of course. Then Nannie put on her shoes again, having rested her feet on a velvet carpet of moss, while Uncle Wiggily was sewing, and together they went on to the Longtail mouse party.

"Oh, what nice shoes you have, Nannie!" cried Susie Littletail, the rabbit girl.

"And what lovely stylish buttons!" exclaimed Lulu Wibblewobble, the duck.

"Yes, Uncle Wiggily sewed them on for me," said Nannie.

"Oh, is Uncle Wiggily outside!" cried the little mousie girl. "He must come in to our party!"

"Of course!" cried all the other animal children. And so Uncle Wiggily, who had walked on past the house after leaving Nannie, had to come in anyhow, without his whiskers being trimmed, or his ears curled. And he was so jolly that every one had a good time and lots of ice cream cheese to eat, and they all thought Nannie's shoes, and the button-ball buttons, were just fine.

And if the ham sandwich doesn't tickle the cream puff under the chin and make it laugh so all the chocolate drops off the cocoanut pudding, I'll tell you next about Uncle Wiggily and the red spots. 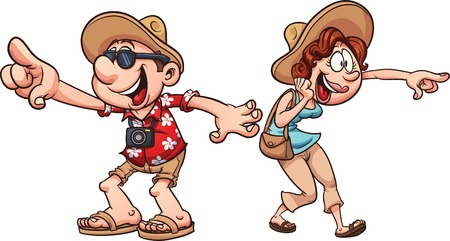