UNCLE WIGGILY IN A PARADE

Arabella Chick's party seemed to break up very suddenly when the guests saw that soldier-dog with the gun waiting outside the door. Buddy Pigg slipped out of a back window, and ran home with his tail behind him. Oh, excuse me, guinea pigs don't have a tail, do they? Anyhow he ran home, and so did Sammie and Susie Littletail, and Johnnie and Billie Bushytail, and the Wibblewobble children, and Peetie and Jackie Bow Wow too.

But, of course, Arabella Chick couldn't run home because she was at home already, so she just looked out of the window once more, and there the dog-soldier stood, and he was looking in his gun to see if it was loaded.

"Well, is Uncle Wiggily coming out?" called the dog again.

"I guess I am—that is—are you sure you want me?" asked the poor old gentleman rabbit, puzzled like.

"Yes, of course I want you," replied the dog.

"Then I guess I've got to go!" exclaimed Uncle Wiggily, as he looked for his crutch and valise. "I guess this is the end of my fortune-hunting. Goodbye everybody!" And he felt so badly that two big tears rolled down his ears—I mean his eyes.

Well, he bravely walked out of the door, and as he did so the dog-soldier, with the gun, exclaimed:

"Ah, here you are at last! Now hurry up, Uncle Wiggily, or we'll be late for the parade!"

And, would you believe it? that dog was good, kind, old Percival, who used to be in a circus. And of course he wouldn't hurt the rabbit gentleman for anything. Percival just put his gun to his shoulder, and said:

"Parade? What parade?" asked Uncle Wiggily. "Oh my! how you frightened me!"

"Why the Decoration Day parade," answered Percival. "To-day is the day when we put flowers on the soldiers' graves, and remember them for being so brave as to go to war. All old soldiers march in the parade, and so do all their friends. I'm going to march, and I'm going to put flowers on a lot of soldiers' graves. I happened to remember that you were once in the war, so I came for you. I didn't mean to scare you. You were in the war, weren't you?"

"Yes," said Uncle Wiggily, happy now because he knew he wasn't going to get shot, "I once went to war, and killed a lot of mosquitoes."

"Good! I thought so!" exclaimed Percival. "Well, I met Grandfather Goosey Gander, and he said he thought you were at this party, so I came for you. Come on, now, the parade is almost ready to start."

"Oh, how you did frighten us!" exclaimed Arabella, whose heart was still going pitter-patter. "We thought you were going to hurt Uncle Wiggily, Percival."

"Oh, I'm so sorry I alarmed you," spoke the circus dog politely. "I won't do it again."

Well, in a little while Percival and Uncle Wiggily were at the parade. The old gentleman rabbit left his satchel at Arabella's house, and only took his crutch. But he limped along just like a real soldier, and Percival carried his gun as bravely as one could wish.

Oh, I wish you could have heard the bands playing, and the drums beating—the little kind that sound like when you drop beans on the kitchen oil-cloth, and the big drums, that go "Boom-boom!" like thunder and lightning, and the fifes that squeak like a mouse in the cheese trap, and then the big blaring horns, that make a sound like a circus performance.

They were all there, and there were lots of soldiers and horses and wagons filled with flowers to put on the graves of the soldiers, who were so brave that they didn't mind going to war to fight for their country, though war is a terrible thing.

Then the march began, and Uncle Wiggily and Percival stepped out as brave as anyone in all the parade. Oh, how fine they looked! and, when they marched past, all the animal people, and some real boys and girls, and papas and mammas clapped their hands and cried "Hurrah!" at the sight of the old gentleman rabbit limping along on his crutch, with the dog-soldier marching beside him.

"Who knows," whispered Percival to Uncle Wiggily, "who knows but what you may discover your fortune to-day?"

"Indeed I may," answer Uncle Wiggily. "Who knows?"

Well, that was a fine parade. But something happened. I was afraid it would, but I'll tell you all about it, and you can see for yourself whether or not I was right.

All of a sudden one man, with a big horn—a horn large enough to put a loaf of mother's bread down inside the noisy end—all of a sudden this man blew a terrible blast—"Umpty-umpty-Umph! Umph!" My, what a noise he made on that horn.

Now, right in front of this man was a little boy-duck riding on a pony. Yes, you've guessed who he was—he was Jimmy Wibblewobble. And when that man blew the loud blast, the pony was frightened, and ran away with Jimmie on his back.

Faster and faster ran the pony, and Jimmie Wibblewobble clung to his back, fearing every moment he would be thrown off. In and out among the people and animals in the parade, in and out among trolley cars and automobiles, in and out, and from one side to another of the street ran the frightened pony.

"No, he will not, for I will save him!" shouted Uncle Wiggily. So that brave rabbit ran right out to where he saw Munchie Trot, the little pony boy.

"Let me jump on your back, Munchie," said Uncle Wiggily, "and then we'll race after that runaway pony and grab off poor Jimmie. And run as fast as you can, Munchie!"

"I certainly will!" cried Munchie. So Uncle Wiggily got on Munchie's back, and away they started after the runaway pony.

Faster and faster ran Munchie, and by this time the other little horsie was getting tired. Jimmie was still clinging to his back, and asking him not to run so fast, but the pony was so frightened he didn't listen to the duck-boy.

Then, just as he was going to run into a hot peanut wagon, and maybe toss Jimmie off into the red-hot roaster, all at once Uncle Wiggily, on Munchie's back, galloped up alongside of the runaway pony. And as quick as you can drink a glass of lemonade, Uncle Wiggily grabbed Jimmie up on Munchie's back beside him, and so saved the duck-boy's life. And then the runaway pony stopped short, all of a sudden, and didn't bump into the hot peanut wagon, after all, and he was sorry he had run away, and scared folks.

Then the Decoration Day parade went on, and everyone said how brave Uncle Wiggily was. But he hadn't yet found his fortune, and so in the story after this in case our front porch doesn't run away, and take the back steps with it, so I have to sleep on the doormat, I'll tell you about Uncle Wiggily in the fountain. 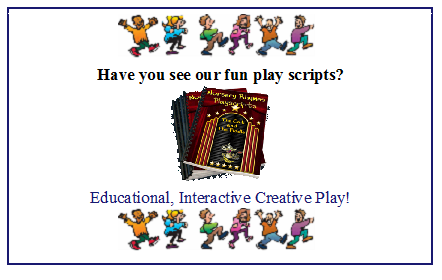